Note: These wheels are no longer available,b ut the data regarding the install is still very viablle

(Note: This rim was only manufactured in this 1 size)

(more explanations for the non-cognescenti)

Wider rims and Tie Rod ends.
15" rims were standard on Avantis. The stock rim on an Avanti II at 15X6 had a +15 offset and had ample clearance from the tie rod end. An issue will be encountered on going to wider rims, especially 8" and more. Depending on the tire size, the sidewall can contact the tie rod end. To alleviate this, the rim can be changed to a different offset but then you encounter a wheel bearing issue. (see below)
Supposing you already purchased rims and have this issue; there are a few remedies for the contact issue, in that you can install "Quick Steering Arms" which will effectively move the tie rod end inside the circumference of the rim and away from the tire. This change introduces other driving aspects so be sure to look those up.
If the wider rim is just a little offensive (touches just a bit or not, remember tires flex), you can add a 1/8" - 1/4" spacer between the rim and front rotors.
There is a fine line between having nice looking wheels and rims and going too far, which results in the "Roller Skate" look.
There are Avantis whose wheels were changed to 16, 17 and 18 inch diameters, at widths up to 8" ( 9 inches wide) . I can only attest to the 16X7 Ace Alloys @ + 15 offset. Eliminating the tie rod situation by installing a rack & pinion is a means, but again that introduces other driving aspects, so be sure to address these beforehand. 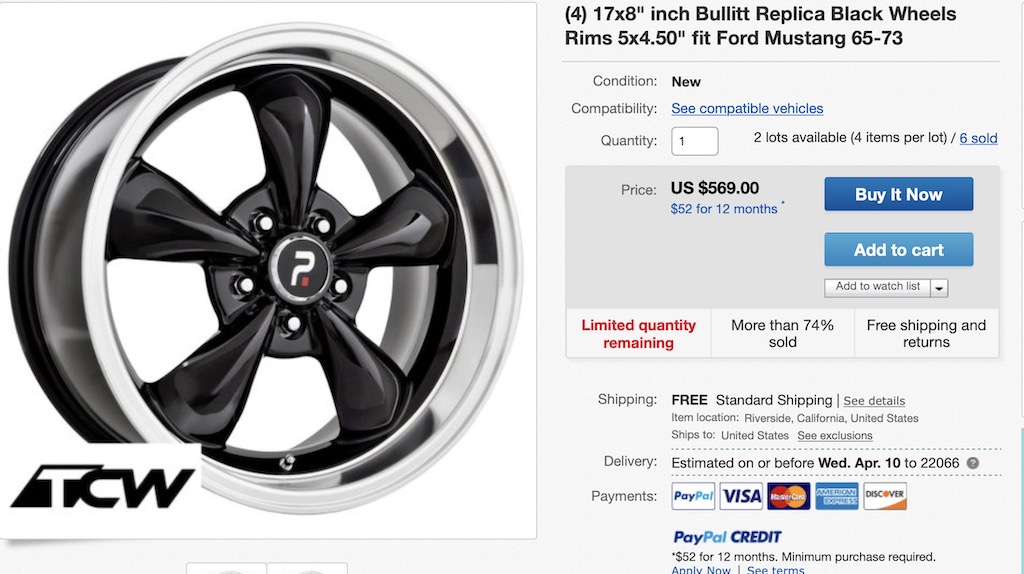 Here are the advertised specs 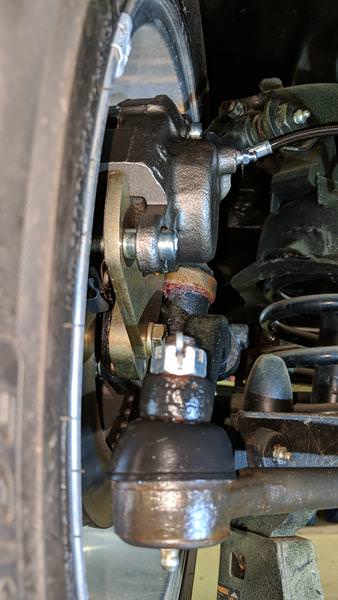 Offset is measured from the CENTERPLANE of the rim with regards to the MOUNTING plane of the rim. ZERO Offset is equal to a backspace of exactly one half the width of the rim.

If the rim is described as 15 X 6, the rim is actually 7" wide. / (Always add 1" (25.4mm) to the advertised width of any rim as you cannot accurately measure the bead seat to bead seat). /
If the backspace of a 7" wide rim is 3.5", the rim has Zero offset.
The outside edge of a rim is considered the "plus side" and the inner edge considered the "negative side".

Positive offset MOVES the mount plane OUTWARD (toward the outer edge of the rim ) , so the rim will be offset farther UNDER the fender.

Conversely, negative offset moves the mount plane INWARD (toward the suspension side. This either makes the center area deeper looking or thicker material wise). It moves the rim farther OUT from under the fender.

If a rim has 30 offset, the rim will be about an inch and a quarter further/farther under the fender than a rim with Zero offset. (Lack of the "plus" sign usually indicates Positive)

If a rim has -30 offset (minus sign is always added to indicate negative), then the opposite effect is realized and the tire/rim is moved out from under the fender. ( car may look like a "roller skate" and the fenders will be compromised on rebounds.)

Hope this clears thing up a bit.


1) The width of any rim is measured between the bead seats where the tire bead rests. The outer lip on each side, which keeps the tire in place adds (*2) another inch to the width, so a 15 X 6 rim is 7 inches wide. The Ace Alloy Rally's are 8 inches wide.

2) The bolt circle is the standard 5 X 4.5 OR 5 (lugs) X 4.5 inches ( 4.5" circle) or 5 X 114.3 mm
3) Offset is the distance from the centerplane of the wheel to the mounting surface. IF the surface that butts up the the rotor is dead center on the rim, the offset is "zero". If the mating surface is closer to the outer edge of the rim, then the offset is positive(+)). Most RWD cars have "0" or negative settings.
4) Backspace is the distance from the inner edge of the rim to the mounting surface. The offset is included in this measurement. The Rally is an extra 1/2" wide on the inside as well as the outside.

The increased width is split evenly on each side of the wheel and does not protrude from the fender nor interfere with the frame.

Each wheel is T-6 heat treated aluminum with a 1580 lb. load rating each. They have silver pearl finish with a clear coat and the outer surface of the wheel from the spokes to the lip is polished. The cost was $189.00 per wheel, plus valves (steel), weights (stick -on), Lug nuts, the cost of tires and mounting and balancing.
The center cones came with them and the 'Ace' logo removed and replaced with 2" stick-on Avanti logo, available from Nostalgia

My application has these rims with Pirell 215-60R16 front and 225-60R16 rear tires. Only one small area of interference was encountered. The upper outer forward grease fitting on the passenger side contacted the inner lip of the rim on a hard LEFT turn backing down a driveway. I removed the fitting and replaced it with a flush plug that can be removed and replaced with a 'Zerk' when it's time to grease the suspension. No further problems have been encountered.
Also note the fact that I use quick steering arms, which puts the tie rod end inside the diameter of the rim. Standard steering arms will position the tie rod closer to the tire. Standard fittings will be close, but clear.

ALSO note::::Tire clearance with the front fender:
My car is an Avanti II. The body in front, is slightly higher than an original Stude, although NOT as high as the original Avanti II spec. I've lowered the car back onto the frame as much as possible and currently have a 1 inch spacer between the front radiator support and the frame. On a total rebound, moving in a straight line, with 4 people in the car, no interference. I haven't had any problems on turns other than explained above.i